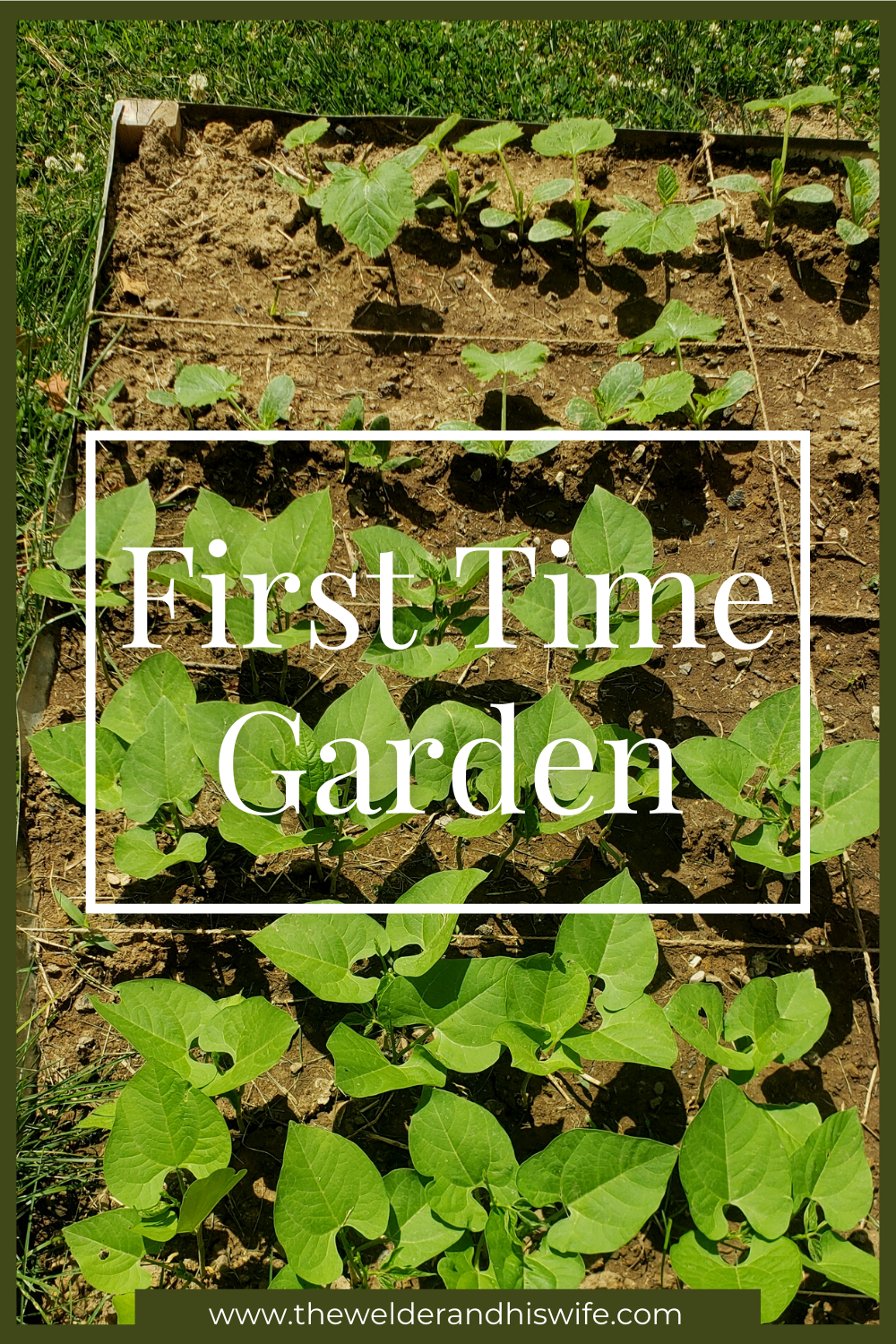 I started my first time garden adventure just a short time ago. As a child I’d helped my mother weed her garden, but I never paid quite enough attention to learn anything valuable. I can’t even remember what we grew for the most part. She let each of us have a plot if we wanted it, and I just grew flowers. The concept of growing our own food was simply lost on me. But as an adult I can see that benefit shining far above the rest.

So when I say my first time garden, I mean that I am starting from scratch. When we bought a house in November I had all these grandiose plans for, well, everything. Among them, a garden. So many things have taken longer and kept getting put off amidst renovations and the excitement of having our second baby, but the garden stuck in my head.

That’s why I plowed ahead and built my very own raised beds. I’d never used a power tool except for a drill before building them, so I got to learn about how a circular saw works, as well as figuring out all the plans and details and budget on my own. My husband gave me some tips but I’m proud to say I did all the work myself.

I got a little over ambitious while standing in front of the seed displays at Walmart too. I built two 4×8 foot raised beds, but wanted to plant enough to feed a village. Someday I hope to have a garden that size, but I know this isn’t the time or the place to try anything larger than what I’m doing.

So here’s what I did to start off my first time garden.

I got this for  free from friends of ours who bought it to start their own garden but ended up moving abruptly. I am so grateful for this because it was completely free, and would have cost me a fortune if Ihad purchased it myself. I’m not sure where they got it from, and I haven’t asked because I don’t want to sound ungrateful, but it is completely littered with junk. From broken glass and ceramic, to bulbs from some other unknown plants, to piece of broken plastic and plastic bags. There are a lot of small obsidian rocks in it as well. It isn’t a huge problem as I picked out what I could when I tilled the soil to prepare for planting. I am just surprised every time it rains hard or I water a lot and the soil settles and suddenly there’s more glass left on top when the soil settles around it. But hey, free soil, right?

I chose to do square foot gardening

I separated my two beds into 1×1 square plots instead of just your average row-gardening. I’ve read that this helps keep things neat, orderly, and accessible in a raised bed garden. I wasn’t sure how I’d like it, as I’ve never seen it before, but I think it is working for me at least for a first time garden. I am actually using more than 1 square foot for each crop I have planted, so I removed some twine and most are separated into 1×2 plots, and even with that, most of my crops are in two of these. So most crops are 2×2. Regardless, having the plots divided visually helped me to figure out layout for the garden, to plant where I needed to, and to be able to differentiate between what are seed sprouts and what are weeds.

I started some of my seeds early indoors

I started two varieties of tomatoes, broccoli, bell peppers, watermelon, basil, and rosemary indoors before I even built my raised beds. It was one of those motivation things, like, “now you’ve started, you have to follow through!” The choice in what to start early was based on a very little bit of research, but I should have done more. I leared that you don’t start leafy greens or root vegetables or vines for transplant because they don’t transfer well. But things like peppers and tomatoes take longer for the plants to grow before they’re ready to start bearing fruit, so it is helpful ato start them earlier indoors. So that is what I went with.

I drew my garden layout

I scratched this out on a piece of paper weeks before I got around to planting. You’d think that meant I had ample time to figure out the right places for everything. Unfortunately, that is incorrect. I chose plant placement based on putting the taller plants at the further end of the garden, thinking that they would provide a little bit of a barrier or privacy screen between us and the neighbors. That means our tomatoes, peppers, green beans, etc are at the eastern end of the garden. Research (or light reading while nursing a baby, if I’m being honest) tells me that tall plants should be on the north and east sides of a garden to prevent them overshadowing shorter plants that would otherwise lose necessary sunlight.

I planted in three waves

This is another step that should have had more thought and planning put into it, but it did not. The first wave of planting was simply transplanting what I had started indoors and getting it into the garden. They sat there alone for over a week before Igot around to planting the rest of my seeds. And even after the rest of my seeds had been planted for several weeks, I hadn’t planted my last patch, which ironically now holds two things that should have been started indoors and are actually probably out of season by now. I guess we’ll see what happens! It would have made a lot more sense to plant in waves based on harvest time and how long each plant will take to be food-ready. But that sort of thing is for second year gardeners and beyond, right?

One bed contains: beefsteak tomatoes, cherry tomatoes, bell peppers, broccoli, spinach, and potatoes. The other contains: pole beans, cucumber, strawberries, mint, green onions, garlic, carrots, zucchini, and yellow squash. Didn’t I say it was too ambitious? My rosemary and basil are in their own separate planters nearby.

What I still need to learn

Now, before it’s too late, I need to learn a few important things, like: how to know when root vegetables are ready to harvest, how long to let vegetables ripen on the vine, how to deter rabbits and other pests from the garden. I have so many questions. For future gardening endeavors, I also want to learn more about soil pH, crop cycling, companion planting, multiple harvests, and greenhouses. See? I’m still too ambitious. You’d think that the past few months would have taught me something!

I can tell you that I have learned a lot the past month, and that I have a lot left to learn. I cannot wait to eat food that I have grown entirely by myself. Even if my garden is only half as successful as what I’ve planted, and even if I only get to eat a single fruit from each crop, I will be over the moon. Obviously, I’ll be a lot happier if it comes to full fruition, but I will be happy with it nonetheless. It has already very much become a small refuge to me, and a happy place to collect my thoughts while I go out to water everything once or twice a day. And my oldest daughter who is not yet two can’t get enough of holding the garden hose to water our future meals.

Comment below and tell me about your gardens, especially your first time gardens! I’d love to hear your success stories and your 20/20 hindsight, and all that you learned in between! Are you gardening this year? What is your favorite food to eat from the garden?

Also, hop over to Instagram to see some photos of my small first time garden! 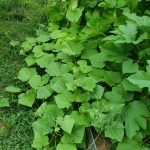 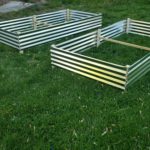 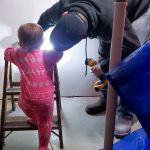 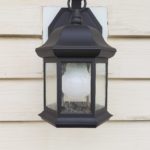 Three Easy Ways to Spruce Up Your Entryway