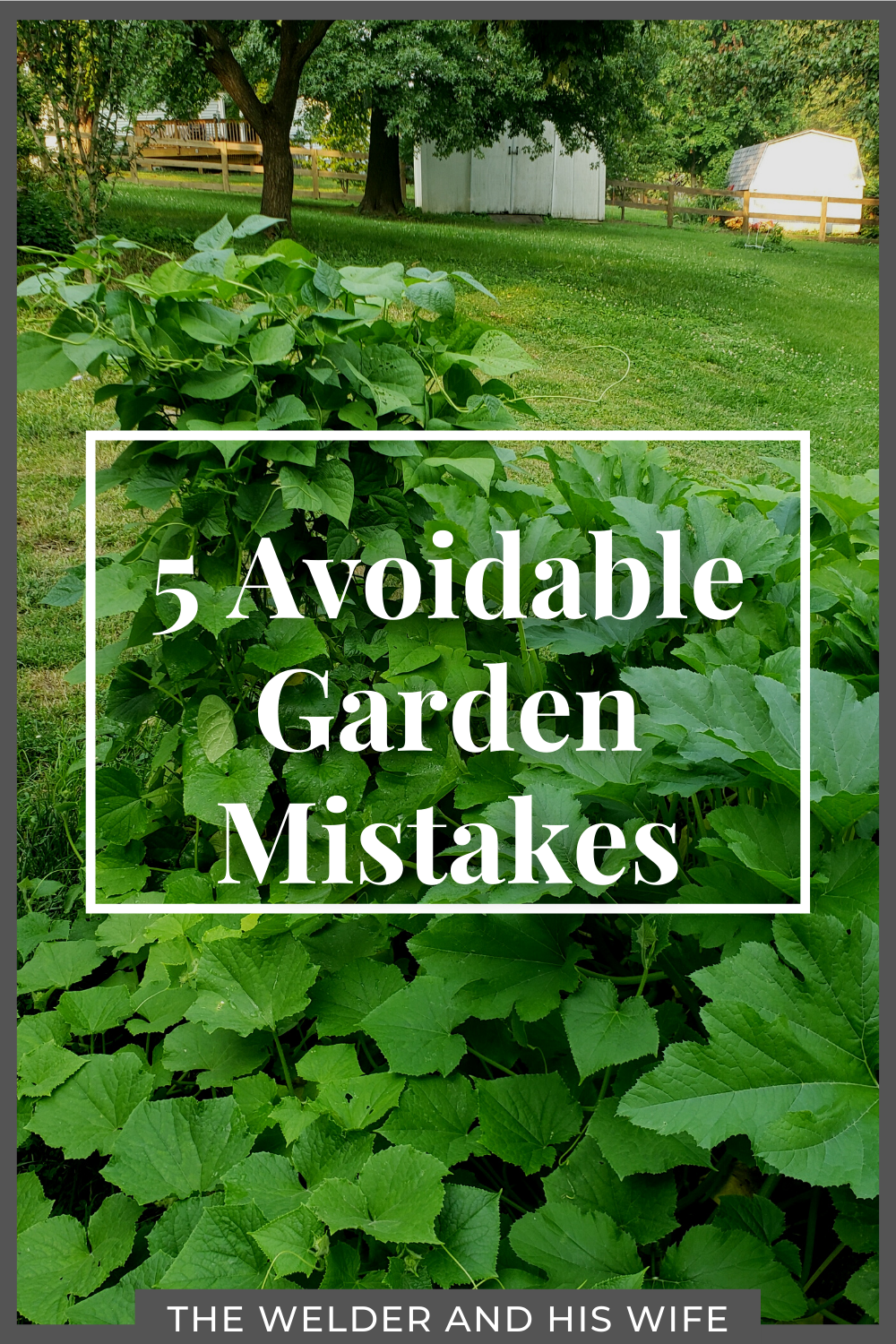 I almost didn’t start our first garden this year because I knew time was getting away from me and we had so much else going on (and still do!) But I have been able to learn so much from the process of starting my first garden that I don’t have any significant regrets, even though I made a handful of mistakes. And as an added bonus I get to pay it forward by writing about it, so that other new gardeners can learn from me and avoid making many of their own first garden mistakes!

It’s a little hard to look at something you’ve put a lot of time and energy into doing and be faced with the ways in which it went wrong or wasn’t perfect. But everyone makes mistakes and the goal is to learn from them, so here is how I made my first garden mistakes.

This year I started my first ever garden by building two raised beds. In order to be cost effective, since the cost of lumber has skyrocketed in 2021, I built them out of galvanized steel roofing material and 2x3s. You can find out how to build the same basic beds cheaply in this post from a few months ago.

My first garden mistake came at the same time as I was building these beds. I waited too long to get seeds germinating, and then I waited too long to get them into the ground. Now, “waiting” might be the wrong word, because I wasn’t just sitting on my thumbs. We were doing some very important home improvement projects that took precedence, and I’d just had my second baby a month or two before. So getting the beds built got pushed back, and so did planting. Next year, I’ll definitely be starting earlier!

2. Choosing too many crops

The next mistake I made in the garden was being overly ambitious with what I could fit into two beds that were only four feet by eight feet. Instead of choosing four to six crops to plant properly, I planted 12 different crops! What was I thinking? There is a lot of crowding and competition for space, water, and good soil. Next year I will either build more beds so I can spread things out more, or I will simply choose fewer crops to plant.

Hand in hand with that comes mistake number three. I have never had great success with keeping plants alive, whether they’re house plants or just flowers outdoors. So I assumed that at least half of what I planted would die. I planted at least twice if not three times what I actually wanted to grow. And somehow, it is almost all growing and thriving. So not only do I have too many crops planted but I have each plot in each bed completely over crowded. This could have been solved by thinning the plants as they sprouted and began to grow. But again, I was afraid it was all going to die, so I left it, and now it is like a scene from Jumanji out there.

My fourth mistake was in the layout of my garden. I didn’t read until afterwards that you should plant the tallest crops to the west and north of shorter crops. This allows all your plants to get adequate sun exposure. Between the overcrowding and the incorrect layout of my garden, there are a lot of smaller plants that are not thriving because my jungle of tomato plants and zucchini are providing too much shade for most of the day.

My final significant first garden mistake was to fail to do enough research. That is a little bit broad, but it has had significant downsides. I didn’t research garden layout, or how tall some plants get before bearing fruit. I didn’t research what I would have to build for trellises for things like tomatoes and pole beans. I really didn’t research much at all. I also haven’t researched organic methods of keeping pests from eating your plants, which I will be looking into today!

So next year, both through experience and through additional research into a lot of these things, I hope I can do a much better job in my garden than I’m doing this year. I just have to remember the basics:

I’m so glad I took the plunge and began gardening this year so that I could get these first garden mistakes out of the way and learn as I go! If I hadn’t bitten the bullet and gone for it then it would simply be another year before I got to learn so much. Plus, we’ll have enough vegetables from this year that I’ll be able to practice my canning (at least water bath in the instant pot) and what I save on groceries will at least pay for the raised beds I made.